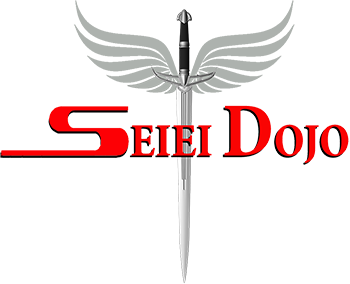 Since 2011, Seiei Dojo has provided its members with a road map to success based on self-defense, confidence and goal-setting skills. 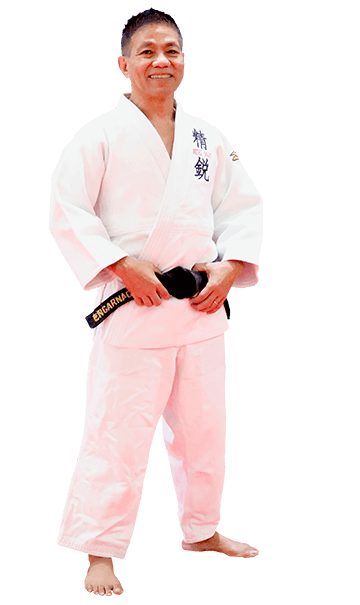 WE KNOW HOW DIFFICULT AND CONFUSING
FINDING A MARTIAL ARTS SCHOOL CAN BE.

We remember when we were children, feeling uncertainty about beginning martial arts. We wondered if we had what it took to succeed and we weren't the most athletic or confident of children - quite the opposite. Little did we know that beginning our martial arts journey would be one of the most profound experiences of our lives

When we opened our school in 2011, we made a commitment to serving and empowering the community of Bellevue by teaching children and adults the confidence, leadership and fitness skills that can only be achieved through martial arts.

We Share & teach The Same Values You Teach At Home.

Our programs have a strong focus on personal development. The foundations of our morals, values and core character traits are formed in our early years. For this reason, the programs at Seiei Dojo are an essential way to enhance the growth and personal development of young students of all ages.

You may have experienced boredom with your usual fitness routine or reached a plateau in your performance or physical fitness results. Our adult programs are the perfect alternative to a boring gym routine, as they help you develop into your maximum potential both physically and mentally by providing real-life self-defense strategies in a fun, focused environment.

What Makes Seiei Dojo Different From other
Martial Arts Schools?

We focus on the personal development aspect of martial arts, not just self-defense moves.

Our instructors are all certified black belts, qualified and licensed to teach martial arts.

Our facility is always clean and features a viewing area for parents, as well as matted floors throughout.

Our Promise at Seiei Dojo:

To Train in the
Highest Quality Martial Arts
Program Available

To Focus On
Personal Development
in a Positive Environment

To Offer Programs
Accessible & Enjoyable
by People of Any Age

Judo is the style of martial arts practiced by Seiei Dojo students.
The journey from White Belt to Black Belt is one of incremental learning and skill development, that students of any age and fitness level can embark on.

Judo, meaning "gentle way", is a modern martial art, combat and Olympic sport created in Japan in 1882 by Jigoro Kano. Its most prominent feature is its competitive element, where the objective is to either throw or takedown an opponent to the ground, immobilize or otherwise subdue an opponent with a pin, or force an opponent to submit with a joint lock or a choke.

Strikes and thrusts by hands and feet as well as weapons defenses are a part of judo, but only in pre-arranged forms (kata) and are not allowed in judo competition or free practice (randori). The worldwide spread of judo has led to the development of a number of offshoots such as Sambo and Brazilian jiu-jitsu. Judo practitioners are called judoka. The martial art of Judo is a great way to learn self-defense techniques, get a great workout, and lower everyday stress levels.

One of the most fun parts of martial arts training is the ability to test your skills by competing in a tournament. Tournaments are not only fun for competitors, but they also become a great social experience for parents as well! In the last National Junior Judo Olympics, the biggest and toughest competition for the juniors, Seiei Dojo won a total of 32 medals with 19 golds, 7 silvers, and 6 bronzes.

From sparring to forms to team demos, these awesome competitions are not only a place where our students can test their skills, but also a place where team spirit is built, fears are overcome, and character is developed. Most importantly, they are tons of fun!

One more reason you will love martial arts at Seiei Dojo!

Our classes fill out quickly, therefore

Limited Trial Offers are Available, Act Now!
This is your chance to try our martial arts program at a reduced price with no commitments!

I am glad we found this dojo. Friendly and supportive environment for kids of all ages. I have a 5 years old in a youth class and a 2 years old in a pee wee class. Besides judo they learn the skills that will help them in all aspects of their life - hard work, comradeship, discipline, etc. The instructors are very passionate and dedicated.

I have always wanted to do Judo but it has been hard to find a school nearby. My jiu jitsu classes started being held here and I am so happy that they were because it gave me the wonderful opportunity to try judo here! I am absolutely hooked! Sensei June is such a nice person, he makes newbies like me feel so welcome and does not let my first time jitters get to me! I am so grateful to have such a traditional, respected, and highly skilled judo school nearby to attend. I just wish I had more free time so I could come more often! I will have to make time at least once a week for this incredible martial art as it is very beneficial to any person, gender, age, weight, Judo is for everyone! :)

My 4 year old daughter has been coming here since December and it has been a very positive experience. Sensei June is very patient and does not force her to do anything she's not ready to do which really helps since she is after all, 4 years old. Also, the parents there are wonderful and make you feel welcome.  We highly recommend this place.

I have been joining martial arts gyms for over 25 years :) perpetual white belt. This is by far the best gym/club I have ever been to. The space is large and welcoming...and everyone is one great big family.  If you are single and looking for a great place to hang out and get fit...come to Seiei.  If you are not single do the same.  It's really the coolest place ever. Instant family without the drama and the side effect is pants that fits. Win - win.

My 7 year old daughter Klara had tried martial arts classes before and just was not that interested as the format was very rigid and slow-paced and she loves the action. We tried out Seiei Dojo and I was immediately impressed with the friendliness of the teaching team and the atmosphere.  Sensei June and team invited her to try a class and got her involved in learning through doing. She loved that first class and has been going since. This class is the activity she has remained most excited about, and I chalk that up to the instructors and the other great kids that attend. In all, highly recommend this dojo for kids!